Stephen is one of the most accomplished and sought after Sports conditioning trainers around. He is a core and deceleration specialist. Stephen was an accomplished soccer player. In High School he was the MVP of the Nassau county Div 1A play offs where he let his team to back to back Div 1A county finals. In college Stephen was All- North East and Runner up All American. He represented NY State in regional u-23 Olympic Development programs for four years straight.

Stephen capped off his Athletic dreams by playing professional soccer in Europe for one of the most historic clubs in all of soccer, The Glasgow Rangers. He is one of four American players to ever play for the club. Unfortunately Stephens soccer career came to a tragic end when severely damaged his ankle while on trial with Millwall FC in London.

Playing Pro soccer is what separates Stephen from other trainers. He not only can train pro athletes, he thinks like one, cause he was one. That helps tremendously in mentally helping his athletes to prepare.

Stephen has over 20 certifications which include NSCA-CPT, ISSA-CPT, Crossfit Level 1, TRX, sports nutrition, sports stretching and flexibility, and the first civilian to become a NSCA Tactical Strength and Conditioning Facilitator…to name a few.

Stephen has a long list of professional and elite athletes that he has trained which include Hanley Ramirez of the LA Dodgers, Yunel Escobar of the Tampa Bay Rays, Jonathan Hamm of the New Orleans Saints/ NY Dragons, Angela Ruggiero captain of Team USA women’s hockey, Dawn Riley the first woman to captain an Americas Cup, and designed spring training work outs for the Toronto Blue Jays. He is the current strength and conditioning coach for Oakcliff Racing/Sailing and Sagamore Rowing Program(a complete list of pro and elite athletes trained is on the testimonial page)

Subscribe and receive all news in your inbox. Thanks! 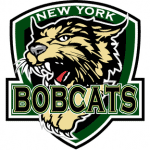 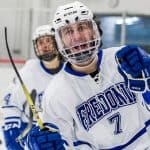 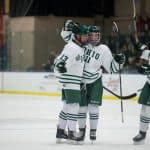